Equestrian Statue of George I in Grosvenor Square 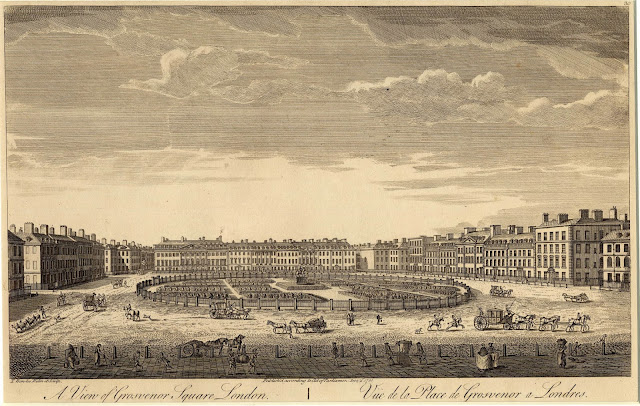 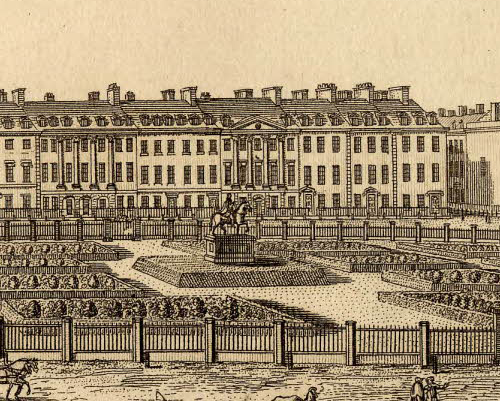 Cropped from the Engraving of Grosvenor Square by T Bowles
Pub. Dec 1751.
British Museum.
_________________________
Old and New London pub. 1878 -
There was formerly in the centre of the square a gilt statue of George I. on horseback, but the pedestal is now vacant. This statue was made by Van Nort, and was erected by Sir Richard Grosvenor in 1726, "near the redoubt called Oliver's Mount." Soon after it was put up, says Malcolm, "some villains dismembered it in the most shameful manner, and affixed a traitorous paper to the pedestal."
..... was an equestrian effigy of King George I, made of lead and wholly gilded, on a stone pedestal, for which Sir Richard contracted with John Nost in July 1725. It was to be based on Nost's statue of the king at Canons *, except that it was to be in Roman martial dress. The statue was erected, facing east, in about August 1726.  It was subjected to malicious damage in March 1727, but was promptly repaired by Nost.

*The Canons equestrian statue was sold in 1744 and re erected in Leicester Square. 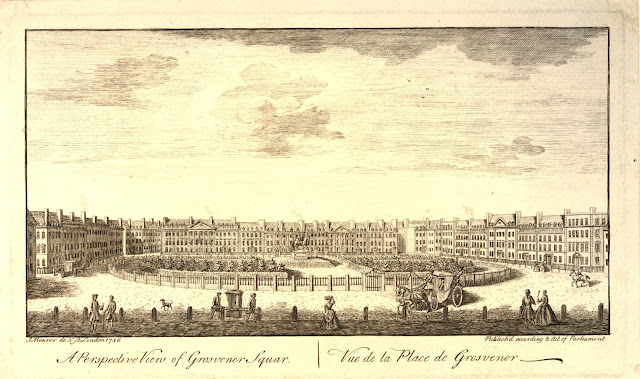 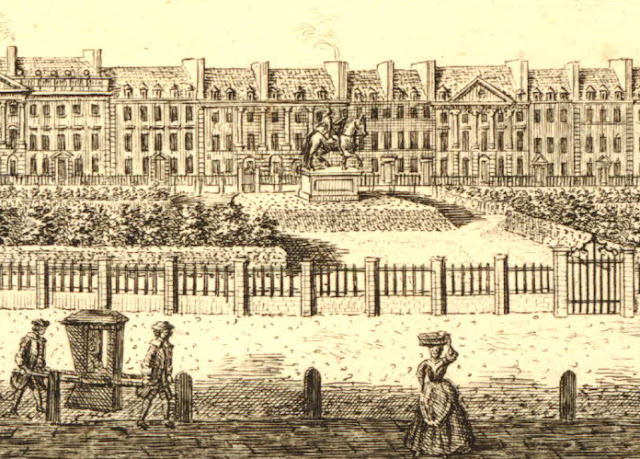 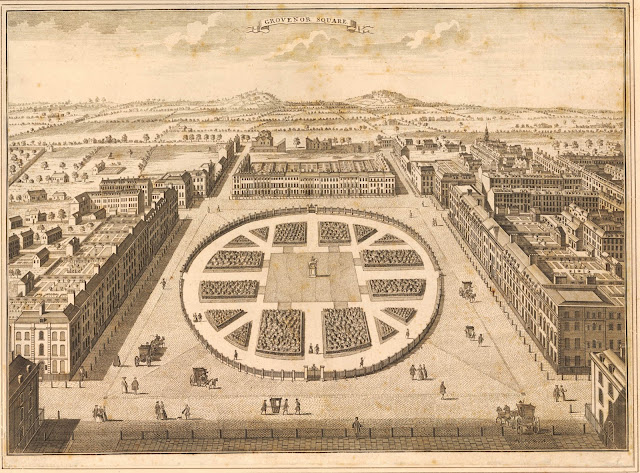 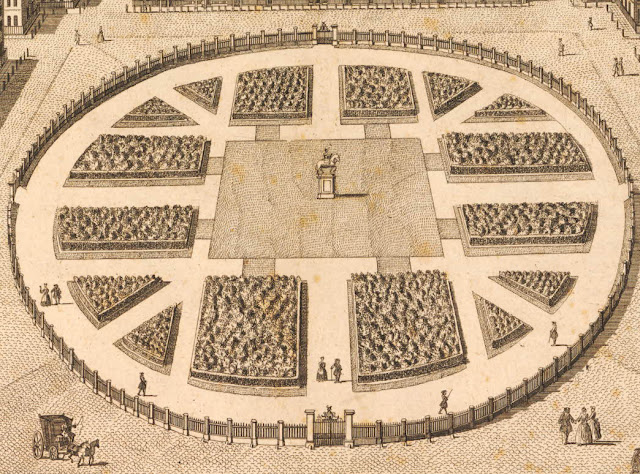 Posted by David Bridgwater at 00:26